Nadeem Anjarwalla, Binance Director for East Africa noted that 2022 is a very instructive year for the crypto industry. 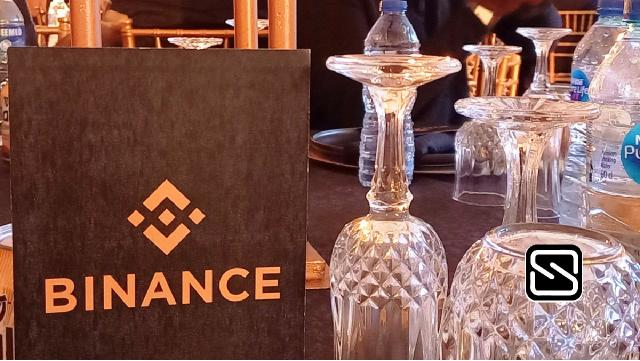 Binance, the world’s leading cryptocurrency and blockchain infrastructure provider, and Women in Tech have rolled out the drums to commemorate the 2022 crypto-year in Nigeria and Africa in general.

The year 2022 was a turbulent one for some exchanges; it was the year an exchange collapsed and another filed for bankruptcy.  Binance has seen many positives, but not without its own set of challenges.

Changpeng Zhao (“CZ”) Binance CEO said (virtually), however, during the end of the year party in Lagos, has seen impressive growth. The exchange also intensified its penetration in Africa and commitment to developing communities.

Binance Charity, for example, announced a flagship global partnership to provide blockchain educational courses to 2,800 women from vulnerable communities in Brazil and Africa.

Binance Charity donated $250,000 BUSD for a six-month pilot project to equip women with the knowledge and skills they need to thrive in a Web3 future, with the first courses taking place in Rio de Janeiro, Brazil, and Cape Town, South Africa, in October of this year.

Meanwhile, the global blockchain market is expected to grow from $4.93 billion in 2021 to more than $200 billion by 2028, indicating that the industry’s future has arrived.

Nadeem Anjarwalla, Binance Director for East Africa said that 2022 is a very instructive year for the crypto industry. “We have seen a lot of progress happen regards regulation, especially as the governments (in Africa) are beginning to talk about the blockchain ecosystem”, he said.

Nadeem’s optimism was bolstered by the South African government’s declaration in October that crypto assets were a financial product, making it easier for regulators to monitor the market and protect consumers.

When compared to the average US citizen, South African business owners and CEOs have the highest adoption rate of cryptocurrencies at 59.7%, which is a 50% increase.

With more than 85% of respondents who are cryptocurrency owners owning Bitcoin, it is still the currency of choice for South African business owners.

Nadeem further stated that cryptocurrency would become more adopted on the Continent through improved awareness.

“Technology becomes more adopted when awareness spreads. Secondly, as a first-mover in Africa, we hope that other governments will be able to adopt the digital currency. In essence, the surest thing is to make sure that security is advanced and Binance takes that very seriously.

Moving forward to 2023, he stated that Binance would increase its efforts to build a formidable community. We’ve also realized that education and awareness are critical in driving adoption.